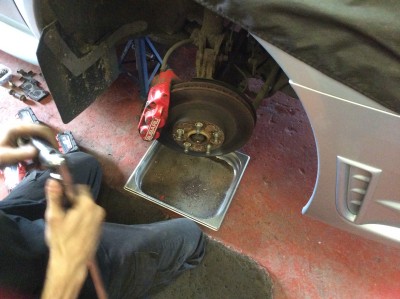 This week we have had a Subaru Impreza in for some repair work. This had not long since been serviced at another garage, the customer had lost faith and had asked for us to look over the car after having a few issues with the car.

First issue was the engine light was on, the main dealer was unable to identify what the fault was, after reading the fault code with our diagnostic equipment we tracked the fault to the secondary air pump (which the customer is going to have replaced at a later date). 2nd Issue was a complaint about the brakes being noisey, after a quick look the following was found, 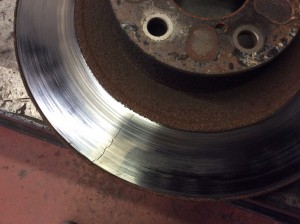 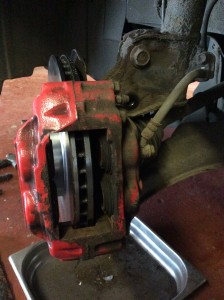 We found that this was caused by seized pistons in the brake caliper, causing the disc to over heat. The brakes looked as though they had not been looked at in years, no trace of grease at all. After the calipers were left over night soaking in WD-40 the pistons in the caliper were freed up and the brakes were reassembled.

We are finding this more and more often that people will cut costs on servicing and only have the basics done and only have a visual inspection on important items like brakes, this Subaru could have lost all braking if this had not been found and replaced. It will only cost you in the long run.

A typical day at Motoscope.

Just another typical day here at Motoscope, Rover SD1 back in for final tuning on…