This car was built by us from a bare shell into a BDA powered rally car which we ran on the very first Roger Albert Clark Rally. 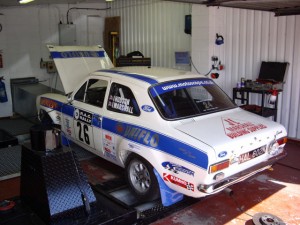 This car was based on the Escort WRC. We had great success running this car,  it had many outright wins along with many top 3 finishes. This photo was taken just before the car was shipped to Barbados for the rally carnival. 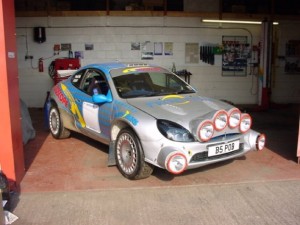 We built this car from a new shell from Ford into a 1600 Zetec 2wd Clubman rally car for a local customer. This car ran the 1600 Zetec engine on Jenvey throttle bodies and Omex engine management, along with heavy duty suspension and all other components to comply with competition regulations. 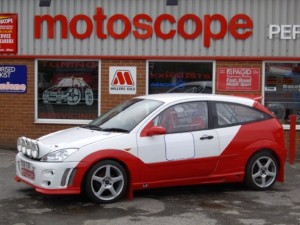